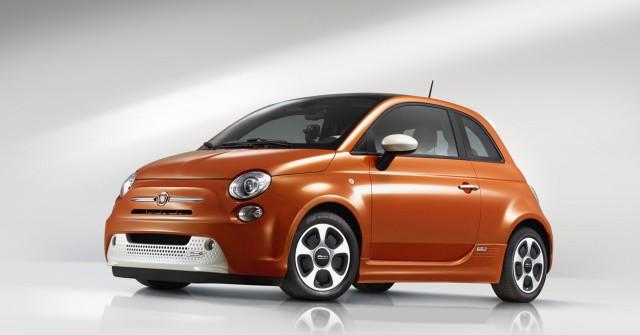 Bengt Halvorson Mar 12, 2019
Are you ready for a new generation of the Fiat 500e electric car?

At the pace of the auto industry, and its five or six year cycles, it’s overdue. And from a report released last week, it could arrive around this time next year.

Fiat in the U.S. could not reveal any more information about the Centoventi or its production intent, saying it’s just a concept. But FCA chief marketing officer Olivier François told Top Gear something quite different: that it previews the strategy behind an all-new Fiat 500e due just a year from now—one that will be electric-only.

The current, front-wheel-drive Fiat 500e, which has already been around for seven model years, is built on a design that was introduced to Europe in 2007 (and then the U.S. in 2011), and hasn’t changed much at all along the way.
Today the 500e offers 84 miles of EPA-rated range—actually 3 miles less than it did when it was introduced for the 2013 model year.

Since the beginning, though, we’ve noted that this model is generous on real-world range, and at a time when some of the other affordable electric vehicles were caught up in leaves and twigs and gamification, the 500e seemed to have been engineered by people who understood that EVs needed to put their best foot forward in driving dynamics, emphasizing the perky side of going electric.

That electric-only claim deserves a big asterisk. In could soon become a familiar theme, the Fiat 500 will have all-new underpinnings in electric form, while gasoline versions will continue indefinitely on the existing platform, with minor updates to come.

Porsche, for instance, is building the next generation of its Macan SUV only as a fully electric model. The current gasoline Porsche Macan will continue for an undisclosed time, although with shared production space at Leipzig it may only amount to a year or two.
Francois also said that the finished, next-generation 500e will “be very true to the spirit of the original 500”—a nod that Top Gear took to mean Fiat is likely looking to move the 500e to rear-wheel drive, like the original.

The often-repeated (for good reason) reality check from the late CEO Sergio Marchionne—that the company loses about $10,000 on each 500e it makes—likely weighs heavily on the carmaker's decision. To aim for the premium price François suggested, the new production model will have something more like a 400-km (248-mile) range rather than a 200-km (124-mile) one, and perhaps not be as utilitarian as the concept.

With that, the lower price of batteries still falling quite rapidly, and a focus toward the performance side of the 500, perhaps Fiat can get out of the red and still win some more hearts for electric cars next year
Back to news list