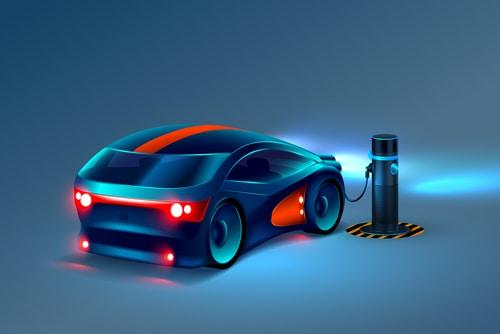 Canada to Accelerate Deployment of EV Chargers in Quebec

The government of Canada announced a C$5-million investment on Wednesday (January 23) to build 100 electric vehicle (EV) fast chargers across Quebec which are set to be part of Hydro-Quebec’s Electric Circuit.
The government in the release noted that it is giving out more options for Canadians who are making a “greener choice” as they pick electric and hybrid vehicles which play a fundamental role in reducing pollution.
Quebec’s Electric Circuit is said to be the largest public charging network for EVs in Canada, with Hydro-Quebec announcing its intention to accelerate its deployment of high speed kiosk in 2019.


Electric Circuit has noted that there are currently 1,740 charging stations across Quebec in service with 168 of them capable of fast-charging.
Meanwhile, the government in its release said that the funding would be through Natural Resources Canada’s Electric Vehicle and Alternative Fuel Infrastructure Deployment Initiative, the government’s C$180 billion Investing in Canada plan for infrastructure.
“By working with Hydro-Québec, the Government is building the largest electric circuit in Canada to make sure Canadians can access clean and affordable solutions,” Catherine McKenna, minister of environment and climate change, said in the release. “Getting more electric vehicles on our roads will reduce pollution and create good, middle-class jobs.”
The government of Canada is aiming to invest C$182.5 million for the establishment of charging networks for EVs across Canada which also includes stations for hydrogen fuel cell vehicles.
“With the support of our private, institutional and governmental partners, we can deploy an increasing number of chargers for electric vehicle drivers,” Éric Martel, CEO of Hydro-Quebec, said in the release.
In a separate release, Hydro-Quebec said that it seeks to deploy 1,600 fast charging stations within the next 10 years. The company has already set up 22 new kisoks since the beginning of the year with plans to add 100 more in 2019.
Further, it noted that the Electric Circuit would be expanded across busy areas, including highways where the demand for such stations are high.
Crucially, Hydro-Quebec said that the funding from Natural Resources Canada is for the three projects that were selected by the department. The three projects include the installation of 10 superstations as well as deployment of 40 fast-charging stations on the north shore and 20 fast-charging stations on the south shore of St. Lawrence River.


While Hydro-Quebec stated in its release that there are nearly 40,000 EVs registered in Quebec, the province also sold the second most number of EVs in the third quarter of 2018 as compared to same period in 2017.
According to data from FleetCarma published in November, Quebec saw 11,767 vehicles registered in the first three quarters of 2018 which is second only to Ontario that was home to 15,307 new EVs.
The top three cars under Battery Electric Vehicle category for the third quarter of 2018 are Nissan (TYO:7201) Leaf with 718 registrations followed by Tesla (NASDAQ:TSLA) Model 3 with 344 sales and Chevrolet (NYSE:GM) Bolt with 292 vehicles.
The charging stations for Electric Circuit are built by various manufacturers based on the bids they submit during the tender calls. Since its inception in 2011, Electric Circuit has issued four tender calls with the latest one held in 2015 where it analyzed bids from Add Énergie Technologie, General Electric Canada and SemaConnect.
Back to news list