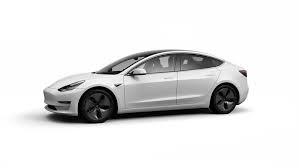 Landlords face parking challenges with the rise of electric cars

Read More Wallace Immen Special to The Globe and Mail
Icing isn’t just something that happens in winter storms or hockey games. It’s the term used when internal combustion engine (ICE) cars park in spaces reserved for charging electric vehicles, thus “icing” out their environmentally friendly counterparts.
It can be the source of heated arguments and it’s just one of the challenges facing managers of parking garages as electric vehicles become a growing phenomenon in cities across Canada.
“Charging stations are expensive to install, and as electric cars become more prevalent, there are more people clamouring to be able to plug in while they park. We’re having to set up special zones in garages,” says Bradley Jones, head of retail for real estate giant Oxford Properties Group of Toronto.
Oxford has already installed more than 150 charging stations in garages and lots across its Canadian portfolio of offices, retail, industrial and hotel properties. Most are Level 2 plug-ins that run on 240-volt circuits and require several hours to top up an electric vehicle (EV) battery. They can cost as much as $10,000 each to install. A few are fast-charging Level 3 units whose high-voltage circuits can provide up to 64 kilometres of driving range for every 10 minutes of charging but cost between $50,000 and $70,000 each to install. (Level 1 is a connection to a standard 120-volt household current, which can take up to half a day to fully charge an EV battery.)
Many commercial installations in Canada to date have been financed by government grants, but those programs are winding down and now the challenge is to find ways to make providing chargers cost-effective, Mr. Jones says. There’s been resistance to paying extra to plug in. “The tenants balk at paying for the charging when they are already paying for parking.”

Oxford has launched a pilot program to test different rate structures at two of its properties in Toronto: the RBC WaterPark Place tower at Queen’s Quay near Bay Street and the MetroCentre Wellington Tower west of the financial district.
At WaterPark Place, the electric vehicle charging zone is on the first level alongside the handicap parking bays. There are 20 spaces marked with large logos on the bright green walls, as well as the floor, indicating that they are charging stations for electric cars. The spaces also are defined by their Level 2 plug-in blocks that are about half the size of self-serve gas pumps and lit with a series of blue lights. All this colour coding should make it clear they’re reserved for EVs, but icing is still a problem, says Marlee Kohn, manager at Oxford Properties. “We’re considering changing the wording to make it clear: 'This space restricted to electric vehicle charging only.’”
Another challenge is making sure EV owners move out of a stall when their car is charged up, so others may plug in. “We don’t want people occupying a charging stall and leaving their car there all day. That means enforcing time limits and it can mean having attendants to monitor EV parking and overtime fees to ensure cars move when they’re topped up,” Ms. Kohn says.
In Oxford’s pilot program, EV owners pay a flat $5 fee to hook up in Level 2 spaces. If they stay overtime after the charge is complete, it’s an additional 15 cents a minute after a grace period. An app on their phones tells the owner they have 15 minutes to go down and move to a regular parking space.
Open this photo in gallery

The spaces at WaterPark Place in Toronto are colour-coded green to clearly indicate EV charging spaces, one solution to the problem of gas-powered vehicles taking the spots.
Wallace Immen /The Globe and Mail
“Where we have Level 3 chargers, we charge $15 and it’s a 30-cents-a-minute overtime fee. It’s equivalent to what we found is being charged in Vancouver and California, where EVs are common,” she explains.


“When we talk to peers in other cities in Canada and the United States, no one has yet come up with what they consider a perfect procedure,” Ms. Kohn notes. An approach some garages use is to make the EV charging zone a valet area, where the cars are monitored. There are indicators on the plug that go dark when the charge is completed and the valet then moves the car.
Deciding where to put the plug-in spaces can be a significant logistical issue, adds Beverly Tay, general manager at Oxford Properties. The charging stations need to be near garage entrances and that competes with handicap parking and car pooling for premium parking spaces. “We’ve considered putting the charging station area at the far end of lots or further from the front door, but you have to consider how to get the power there.”
The hookups can be complicated because in the past, parking structures weren’t wired for high voltage power.
“At RBC WaterPark Place, that was built in 2014, we installed the conduits and wiring as we built the parking garage," Ms. Tay says. "All the electrical conduit is embedded in the concrete. In older structures, cabling has to be run along ceilings and through walls. That’s part of the cost you have to consider in retrofitting garages for EV charging.”
So far, the 20 spaces allocated for charging at WaterPark Place have kept up with supply on average days. “We researched and found 80 per cent of time tenants do most of their charging at home so we’re offering a service to them if they need it. If people are planning to drive to the cottage [after work] or they’re going on a longer drive, they are more likely to want to charge while at work,” Ms. Kohn says.
Setting up public charging hubs that are the equivalent of gas bars may happen in the future. And as surface-level parking disappears to development in growing city cores, these may have to be located in parking structures.

“We get pitches from companies that want to set up public charging hubs in our garages. We don’t see much demand at this point for people who aren’t tenants wanting to stop in for a charge. However, as EVs become more common, there will likely be more owners who don’t have garages or chargers at home and will be looking to charge at public lots,” Ms. Kohn predicts.
Open this photo in gallery

The control panel of a plug-in station will go dark when charging is done, signalling to motorists or attendants that the car can be moved to another stall.
Wallace Immen /The Globe and Mail
Around the country
In British Columbia, where EV vehicle populations are growing the fastest, the province has taken the lead in installing charging stations. There are now more than 1,000 Level 2 chargers at stations across the province that will fully charge most vehicles in fewer than five hours. And there are 50 B.C. Hydro-installed DC Level 3 chargers that will do that same job in 30 minutes or less, plus a small network of Tesla superchargers for use by Tesla owners.
The City of Vancouver’s building code bylaw was updated in March of 2018 to require that new commercial buildings have at least 10 per cent of parking stalls wired to be ready for EV charging.
Plug In BC’s workplace charging incentive provides companies and building owners with government funding to support the installation of workplace charging infrastructure. The program is open to B.C. registered businesses, building owners, managers, or other building representatives. The incentive covers 50 per cent of total project costs, up to $4,000 per Level 2 station.
Three new rebates, financed with $1.85-million from the British Columbia government as part of its clean energy vehicle program and administered by Plug In BC, an EV advocacy group, are available through March 31, 2020, although the program could end sooner if the funding runs out, the group cautions.

Ontario cancelled the cap and trade program to bring gas prices down and, it says, help lower costs for Ontario families and businesses. As a result, on July 11, 2018, the electric and hydrogen vehicle incentive program was cancelled.
Quebec has a provincial program to reimburse up to 50 per cent of the costs of installing commercial charging stations. The program expires at the end of 2020.
By the numbers
70,000 Approximate number of plug-in cars registered in Canada to date.
66 Average annual percentage increase in electric vehicle sales in Canada over the past five years.
166 Percentage increase in EV sales in the third quarter of 2018 compared to the similar period a year earlier.
8.3 Percentage of all new passenger car sales in Canada that are electric powered.
2 to 1 The ratio of all-electric cars to gas-electric hybrids sold in Canada in 2018.
8.2 Percentage of new car sales that are EVs in Ontario.
15 Percentage of new car sales that are EVs in British Columbia.
Stats from FleetCarma.com based on third quarter of 2018 registration data compiled by IHS Markit (formerly R.L. Polk & Co.).
Back to news list