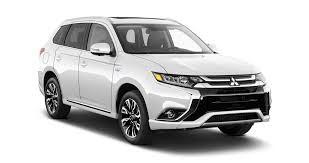 The Outlander PHEV offers a special mix that is still unique on the market. It is an SUV (which consumers love) at a mid-range, fairly affordable price. There are other plug-in SUVs on the market, but they’re all in more expensive, luxury classes. There are also other affordable electric cars on the market, of course, but they are all considerably smaller.
The downside of the Outlander PHEV is that it has a pretty small battery. It would be much more valuable and cleaner with a battery twice the size. But that’s apparently part of the trade-off. As long as you are mostly driving ~10 miles at a time and recharging, you can do much driving on the electric powertrain.