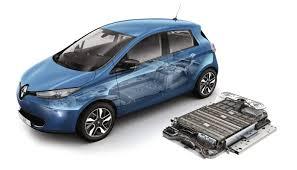 Published date: 03 December 2018 www.argusmedia.com
A group of companies is working together to maximise Quebec's upstream and downstream exposure to the electric vehicle (EV) and energy storage battery sector, with financial support from the Quebec economy and innovation ministry.
The initiative — co-ordinated by Propulsion Quebec, an industrial cluster aimed at promoting electric and smart transportation — will analyse how the Canadian province can benefit from extracting raw materials such as lithium and access the value-added chain of chemical processing, battery cell manufacturing and battery recycling.

Quebec is seen as ideally suited to leveraging its low-cost hydro-electricity and gas resources, as well as its favourable infrastructure and proximity to the large US market, including EV producer Tesla's giga-factory in Nevada.

"With its hydro-electric platform, Quebec could become a leading producer of lithium-ion batteries with one of the lowest environmental footprints," Australian lithium developer Sayona's managing director Dan O'Neill said.

Sayona in September released a definitive feasibility study on its Authier hard rock lithium project in Quebec. This indicated that it could produce around 87,000 t/yr of 6pc lithium oxide over a period of 18 years from its ore reserve of 12.1mn t.

Nemaska Lithium's Whabouchi mine in northern Quebec has North America's highest grade proven and probable lithium ore reserves expected to last more than 30 years through open-pit and then underground mining operations.
Back to news list