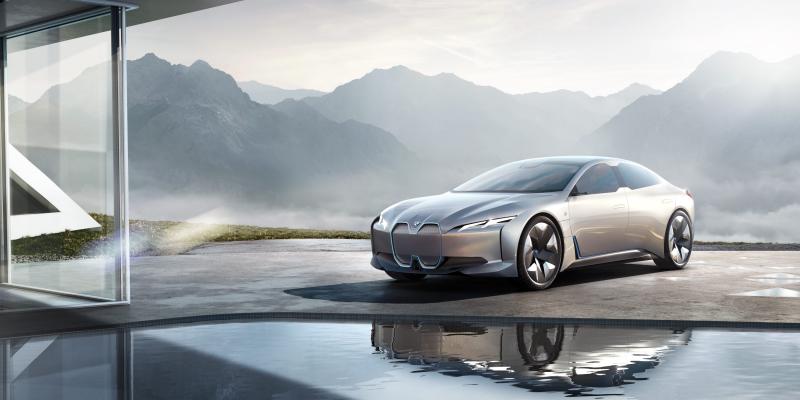 Almost a decade after the introduction of the BMW i3, the German automaker is expected to bring to production the new BMW i4 electric car. It is now starting a $225 million

The BMW i4 is going to be an electric sedan based on the iVision Dynamics concept – pictured above.

The vehicle is planned for production in 2021, but BMW is already significantly investing in the production program.

The German automaker announced a new 200 million euros investment in Munich this week:

“The BMW Group is investing around 200 million euros in the Munich plant to expand its electric mobility. This is the start of preparations for series production of the BMW i4, which will be manufactured at the company’s headquarters starting in 2021. The plant with its approximately 8,000 employees is taking the decisive step towards the production site for all-electric vehicles and mobility concepts of the future. Thus, both cars with internal combustion engines and plug-in hybrids and purely battery-powered vehicles will be on the same line in Munich in the future.”

The Munich factory produces the BMW 3 Series and the BMW i4 is expected to compete in the same segment.

BMW is investing in the production 3 years in advance because they say that the i4 “requires an almost completely independent floor assembly”:

“The integration of the BMW i4 requires extensive measures, especially in body shop and vehicle assembly. Thus, the body concept of the vehicle differs significantly from the architectures of the models previously produced in the Munich plant. For example, the high-voltage accumulator (battery) of the BMW i4 in bodywork requires an almost completely independent floor assembly including rear triangle. The task of the planning specialists is to design the complexly linked production lines so that the more than 1,000 robots can not only produce the bodies of the BMW 3 Series, 4 Series and M4 every minute, but also the special body of the BMW i4.”

The company admits that “the integration of the BMW i4 also poses massive assembly challenges.”

They are especially worried about the battery pack:

“In order to be able to install the high-voltage accumulator in the vehicle, the planners have to accommodate extensive and space-intensive conveyor and system technology in the already cramped Munich workshop.”

But they expect that this early investment of 200 million euros in “buildings, production facilities and logistics systems” will enable them to achieve series production of the i4 in 2021.

investment at its Munich factory to produce the vehicle.
Back to news list