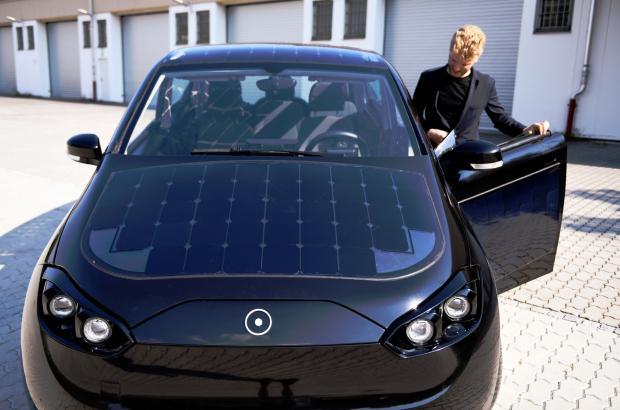 It’s a pretty intuitive question. “Why don’t electric cars have solar roof[s?]” asked one person in the “No Stupid Questions” area of Reddit. “Wouldn’t it make sense to have a self sustaining charging capabilities.” There are similar questions on Quora and elsewhere.

Teslas and other cars run off electricity, drawing from an electric-power infrastructure that often runs off of dirty fuels. Solar power generates lots of electricity for free from the sun. Why don’t electric cars have solar roofs to power them for free?

For one thing, the math makes it quite difficult. Elon Musk briefly suggested that solar roofs would be an option for the Tesla Model 3, but later walked it back and explained why. “Putting solar panels on the car itself?” Musk said in July 2017. “Not that helpful, because the actual surface of the car is not that much, and cars are often inside. The least efficient place to put solar is on the car.” It turns out that he had meant a solar roof that unfolds from the trunk and overs the current car hood.

A Tesla rival, the Karma Revero, actually has a solar roof as an option. As Wired noted (paywall), modern solar panels are inefficient and convert just 15-20% of the energy that reaches them. So that Revero solar roof, having received eight hours of pure sunshine, will generate enough power to drive 1.5 miles. (Eight hours of charging Tesla’s Model 3 from a wall socket will give you your expected 200-plus miles of range.)

On Quora, Chris Harget, a product-marketing manager in the Bay Area, summarizes the problems (emphasis added by him):

The top of an electric car has maybe 3–5 square meters of flat space.

Solar panels, even at high noon, usually only produce about 200 watt-hours per square meter.

The most efficient production electric vehicles today (probably the Hyundai Ioniq and the Tesla Mod 3) would only be able to travel 2–4 miles on that amount of electricity…in an hour. Most people could walk faster.

Financially, the cost of the panels and electronics, R&D and assembly would never pay for itself in the life of the vehicle, compared to charging from the wall in your garage.

Still, even as solar panels become more common and more efficient, they won’t be on most cars anytime soon.