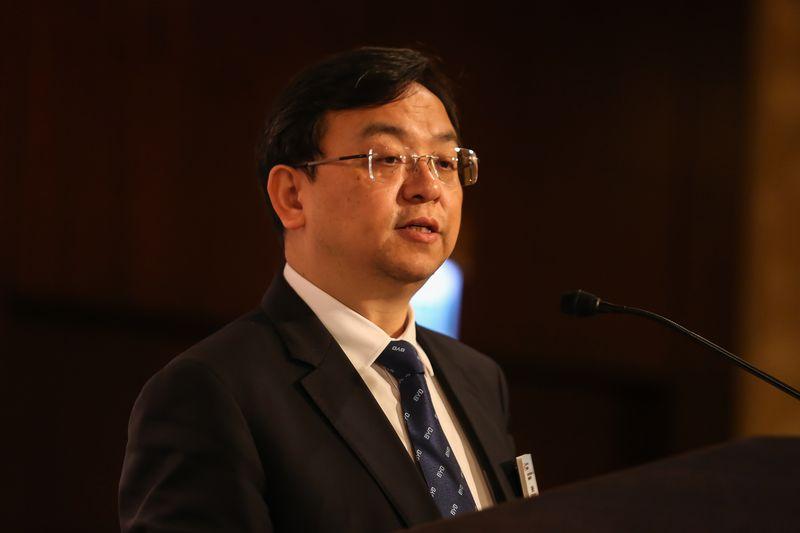 The listing will occur sometime by the end of 2022 and the company hasn’t decided yet where the shares will be trading, Chairman Wang Chuanfu said in an interview with Bloomberg News Wednesday at its headquarters in Shenzhen. BYD, which makes batteries for automobiles and mobile phones, is in the process of spinning off its vehicle-battery operations into a separate company before listing. It isn’t clear yet whether the IPO will be for the car-battery business alone, or will also include other units.
Batteries are emerging as a key part of the electric-car revolution that’s causing the biggest disruption to the auto industry in more than 100 years. Contemporary Amperex Technology Co., or CATL -- the world’s biggest battery maker -- has more than tripled in value since raising more than $800 million in its Shenzhen IPO in June, as investor cash gravitates toward the industry. BYD and CATL are China’s key makers of power packs for electric vehicles and are emerging as challengers to Tesla Inc. suppliers Panasonic Corp. and LG Chem Ltd.
Surging demand from automakers is transforming the lithium-ion battery business, with more power packs expected to be installed in electric vehicles this year than in consumer electronics, according to Bloomberg NEF. The market value of batteries used in electric cars, electric buses and related energy storage should multiply by about 10 times to a potential $500 billion by 2050, according to Sanford C. Bernstein & Co.
Wang, the billionaire founder of BYD, said China’s land transport can become fully electrified by 2030. He said he recently proposed to the government that it electrifies all buses by 2020, taxis by 2021, logistics vehicles by 2025 and private cars by 2030. If that happens, he estimates the country needs to boost battery-manufacturing capacity by about ten-fold to 1000GwH a year.
The company, which has been self-sufficient in making batteries for its own vehicles, started discussions last year with other carmakers for contracts, Michael He, vice president of the battery business, said in an interview.
Read: Buffett’s China Car Bet Rakes in $1.3 Billion in a Decade
Buffett’s Berkshire Hathaway Inc. is the largest shareholder in the Hong Kong-traded stock of BYD, with a 24.59 percent stake. Buffett made the bet two years before Tesla listed in New York.
BYD is working on a plan to build vehicle-battery factories in both Europe and the U.S. In Europe, the company is looking at possible locations in the U.K. and Germany, He said. The company is also talking to potential domestic and foreign investors for fundraising ahead of the IPO, He said without elaborating.
BYD is close to securing an order for a fleet of 2,000 electric vehicles to be used as taxis in Montreal, its biggest overseas contract for electric autos, according to people familiar with the matter. The company would deliver the cars in three years, with the first batch of 600 units handed over in 2019, said the people.
Back to news list