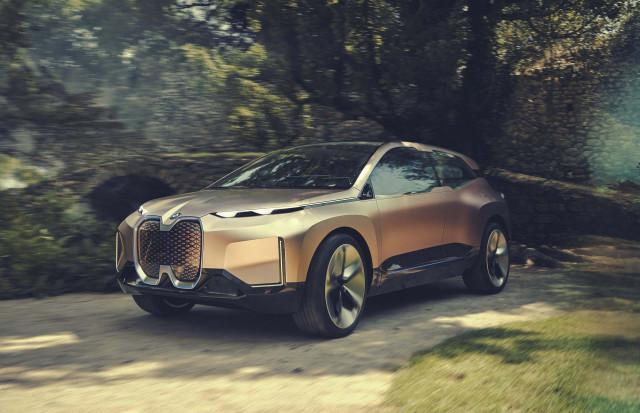 Bengt Halvorson Nov 25, 2018
Most of the major auto shows, like the Los Angeles auto show, have always had two components: news-making and car-selling. And it’s the second part—the public days—that thrives today.
People are attending traditional, consumer-focused auto shows in record numbers. Counterintuitively—in this day when much of new-car research happens on phones and tablets—they’ve become a more important place for shoppers to peruse vehicles on “neutral ground,” It’s also what pays the bills, giving leads to dealerships, connecting brands with shoppers, or introducing tech with actual seat time, if not driving time.
Meanwhile, everything-at-once vehicle introductions on auto-show stages are pretty much a thing of the past. But increasingly, auto shows have become a place for business announcements and tech details that take more than 140 (or 280) characters to explain.
Re-branding for issues and electro-mobility
To keep the first part of the auto-show equation alive, the LA show rebranded itself a few years ago, to Automobility LA, and focused instead on connected-car and mobility announcements, hands-on tech demos, and big-picture issues.
Some automakers have taken the mission quite literally, with Volvo this year moving to a main show stand that declares: "This is not a car." It' opens up a conversation about the role of carmakers in mobility services and underscores how rapidly the business is changing.
That said, this year’s show is looking chock full of green-vehicle introductions. Check back through the week as we bring you some of the most important new electric-vehicle, plug-in hybrid, and hybrid debuts at the show—including these:
Audi e-tron GT
The production Audi e-tron GT, a fully electric sports car, will be the German luxury brand’s second all-electric vehicle, after the e-tron SUV that reaches U.S. dealerships next spring. While the e-tron GT, co-developed with the Porsche Taycan (Mission E), won’t likely arrive until 2020, it’ll serve the brand a bit like the Tesla Roadster—a cheerleader for how sexy performance cars can be all-electric. As it shares the Taycan’s 800-volt architecture, look for some very fast charging times to go with its fast acceleration.
BMW Vision iNext
As it works to develop its future generation of all-electric vehicles, BMW is expected to show a new version of its Vision iNext concept vehicle. The iNext, according to BMW, “marks the dawn of a new era in driving pleasure,” and is said to be the first time that innovations in automated driving, connectivity, electrification, and services have been full integrated in a single vehicle.
This latest iNext concept will be one step closer to a “technological flagship” production vehicle, due to be produced in Germany starting in 2021.
Byton K-Byte
Upstart electric vehicle maker Byton, with offices in Chine, Germany, California, and Hong Kong—and manufacturing facilities in China—revealed its K-Byte sedan this past July in Shanghai. The LA show will be its North American debut. Although called a concept, it’s headed to production in much the same form—huge infotainment and interface screen included—as soon as 2021, the company claims. Byton first showed its M-Byte crossover at last year’s CES show in Las Vegas. It might show yet another new concept this next week at Los Angeles.
Kia Soul EV
A new generation of the Kia Soul is due to arrive in the U.S. next spring and expected to make its debut at Los Angeles. While we’re expecting the Soul EV to return, with a larger battery this time of 39 kwh (the 2018 Soul EV just got a boost to 30 kwh and 111 miles) it may, like the current model, only be sold in California-compliant ZEV states.
Nissan Leaf
Nissan is anticipated to finally detail its longer-range version of the Nissan Leaf—potentially for sale before the end of the 2019 model year. This version gets more than a much larger battery (about 60 kwh) and a much longer range (likely about 220 miles versus the current 151 miles and 40 kwh. It’s also expected to be quicker-accelerating, with more motor power, and quicker-charging, with an upgrade to 100-kw CHAdeMO DC fast charging. Stay tuned to see how it factors in next to the Chevrolet Bolt EV.
Rivian R1T and R1S
The startup electric-vehicle maker Rivian is headquartered in Michigan but aims to produce vehicles at the former Mitsubishi (and Mitsubishi-Chrysler) factory in Normal, Illinois.
For its two off-road-capable models, the R1T four-door pickup and the R1S seven-passenger SUV, the company has teased some key numbers: up to 800 hp, a range up to 450 miles, and a price of $90,000 for the top-of-the-line model. It’s teased these trucks in recent months, but look for a first look at these trucks plus official specs from the show floor.
Subaru Crosstrek Hybrid
The LA show will be the official debut for the 2019 Subaru Crosstrek Hybrid, which is actually a plug-in hybrid good for 17 miles of all-electric operation. Toyota’s hybrid system has been modified to work as part of Subaru’s familiar all-wheel drive configuration, and the Crosstrek Hybrid earns 35 mpg running without plug-in power.
Back to news list