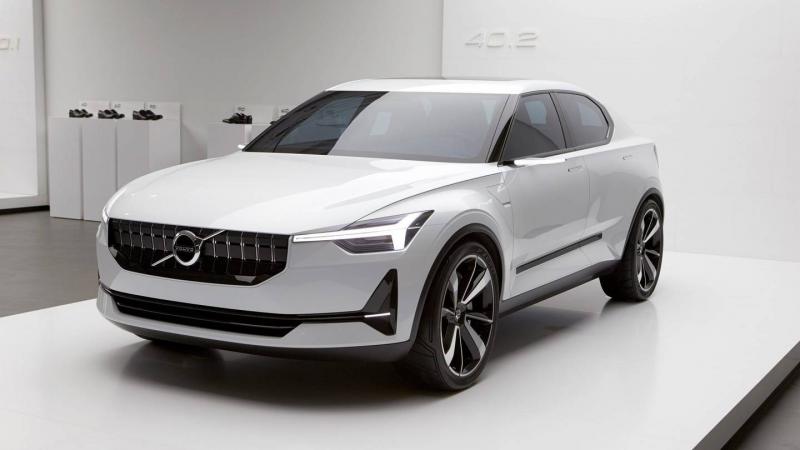 FutureCar Staff Nov 30, 2018 6:22 PM PT
LOS ANGELES — Volvo's new electric brand Polestar will offer one of the first models with Google's Android operating system embedded in the vehicle. The Android OS will come standard in the Polestar 2, an electric car that is set to rival the Tesla Model 3.
Volvo's Senior Vice President Research & Development Henrik Green made the announcement this week at the Los Angeles Auto Show.
The Polestar 2, will be the electric brand's first fully-electric vehicle The Polestar 2 is scheduled to be revealed early in 2019, with production starting in 2020.
Volvo said in May that it would embed the voice-controlled Google Assistant, Google Play Store, Google Maps and other Google services into its next-generation Sensus infotainment system. Google has a similar deal with the Renault-Nissan-Mitsubishi Alliance.
Embedding Google's technology into the car's infotainment system is a shift for automakers as most currently limit access to just Android Auto, allowing the driver to view and use apps on the vehicle's touchscreen only after after plugging in a smartphone of synching it via Bluetooth.
"I am amazed that the reluctance [to let Google into the dashboard] was there because it seems so obvious now," Green told Automotive News Europe.
One of Green's first decisions as head of R&D at Volvo was to shutdown Volvo's in-house infotainment development and work to embed Google's technology into the infotainment system of Volvo's cars.
"Why would you ever pick that fight and invest the same amount of money. It would be an endless struggle to make it as good [as Google's system]," Green said. "We want to give our consumers a fantastic experience where their cars are as seamlessly integrated as any other device. After coming to that conclusion, it was super easy to jump on board with the Android embedded program."
Green said the partnership will help Volvo save on development costs. He added that Google will help maintain and fix any problems that arise once the system is launched, which Green said will be "a huge advantage in the overall quality." The Android OS will be upgradable via over-the-air updates.
Volvo's debut timetable was tight before the company made the switch to Google's system, now Green says it's even tighter. "We will struggle together all the way to the end with this timeline, but I am confident it was the right decision," Green said.
Google's embedded solution, will replaces an aging Windows-based infotainment system that Volvo first announced in 2010. The Android OS will be made available first on Volvo's Compact Modular Architecture (CMA), which along with the Polestar 2 is used for the XC40 compact SUV.
Volvo also plans to make the upgraded infotainment system available in vehicles built on its Scalable Product Architecture (SPA), which is used on models such as the V90 station wagon, S60 sedan and XC60 SUV.
Google's embedded system will also be built into models produced on Volvo's second-generation SPA2 platform, which will debut in 2021 with launch of the third-generation XC90.
Volvo also confirmed it will emphasize that Google's popular products are in its cars. "I think it is a good selling point," Green said.
Google director of product management Mickey Kataria said to Automotive News Europe, "People are used to having Google maps and Google assistant on their Android phone or on their iPhone or on their watch so we want to make sure that digital life continues when I get into the car."
"Launching an entirely new car brand gives us the opportunity to assess what customers enjoy about car ownership, and what they are less keen on," said Thomas Ingenlath, Chief Executive Officer at Polestar in a statement back in September. "As an electric performance brand, we want to maximize our customer's enjoyment of driving. Polestars will be great looking cars with avant-garde design that are full of modern technology."
Back to news list