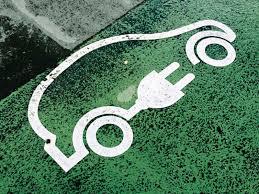 Supply of electric vehicles in B.C. not keeping up with demand

A new study by Clean Energy Canada has found the majority of the 322 B.C. car dealerships that qualify for the electric vehicle (EV) rebate program don’t have any EVs on the lot.

“Only 40 per cent of dealerships had a single electric car on the lots,” said Clean Energy Canada policy director Dan Woynillowicz.

“A lot of them were citing wait times as much as 18 months before somebody would be able to get an electric car, without even getting a chance to test drive it.”

As the technology has improved, so to has the demand for the vehicles.

According to FleetCarma, Canadian electric vehicle sales in the first half of 2018 were already triple the entire number of EVs purchased in the country in 2017.
Record high gas prices are driving the demand, leading to frustration for those on the wait list.

Morgan Maryk with the Vancouver Electric Vehicle Association said this could potentially stall the growth trend.
“When people can’t access something at the time that they want it they’ll likely move on to another option,” Maryk said.

“And if the battery electric vehicle is not available, there’s a far more likelihood that they’re going to move towards internal combustion vehicles.”

The provincial government will release its plan to fight climate change later this fall, which is expected to include a number of incentives and initiatives that will boost electrification in the B.C., including some that will encourage more people to switch to electric vehicles over the next decade.
Click for Link
Back to news list