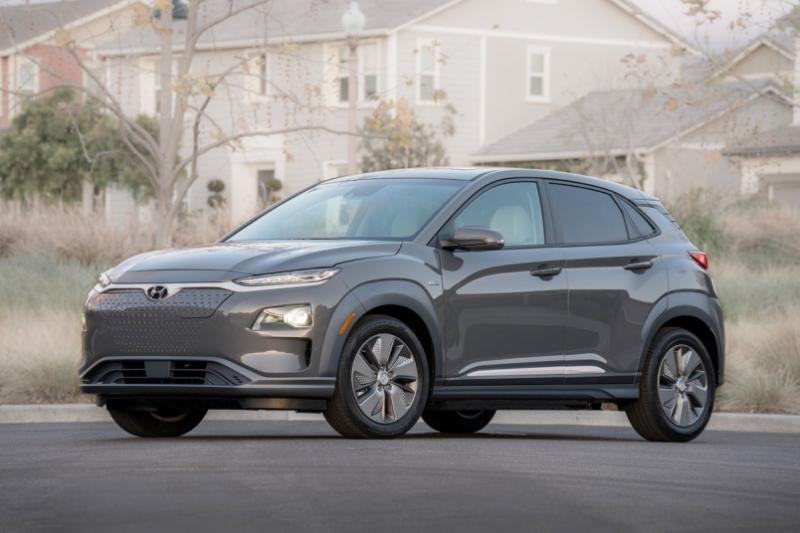 Why do electric-vehicle grilles look so odd?

Why do some electric automobiles have to look so … weird? That’s the burning question on the Sleuth’s mind, prompted by the recent reveal of the Hyundai Kona EV. It, along with the Kia Soul EV, plus every single Tesla model, look as though they have had their mouths taped shut. It’s as though the designers, who might otherwise be sketching eye-catching front ends, have been given some other mandate. On the other hand, kudos to Nissan’s second-generation Leaf and the new Jaguar I-Pace for appearing normal, with attractive grille-like nosepieces. The battery pack for the 201-horsepower dimple-faced Kona EV has an official maximum-range rating of 412 kilometres. With the right charger, a top-up to 80 per cent capacity will take less than an hour. The Kona will launch in California by the end of the year and elsewhere throughout 2019.

More details on Cadillac’s new small car: The Sleuth’s intel collectors have spotted a disguised prototype of the car destined to replace the soon-to-retire ATS sedan. The new CT4 will display a chiselled appearance similar to the larger CT6 and CTS four-doors, although the CT4 will still be larger than the Audi A3 and the upcoming 2019 Mercedes-Benz A-Class. Power is expected to come from a small-displacement turbocharged gasoline four-cylinder, while a performance version will likely get a twin-turbo V-6. An all-wheel-drive option is also a distinct possibility. The CT4 is expected to arrive in late 2019 as a 2020 model, base-priced in the mid-$30,000 range in Canada.
BMW brings the 3 Series back to its sporting roots: The German automaker is secretly developing the next generation of its cornerstone sedan. The Spymaster’s sources, however, have inside knowledge about the 2019 3 Series (code-named G20), starting with a larger grille that more clearly/loudly identifies the maker of the car. The body will be integrated with a new and stiffer modular platform that future and refreshed Bimmers will also receive. In the 3 Series’ case, the result is a lower and wider stance plus a constantly adjusting (active) suspension for improved ride and greater cornering control. At launch, the base engine will be a turbocharged 2.0-litre four-cylinder that’s expected to make about 255 horsepower. It will be linked to an eight-speed automatic transmission. The Sleuth hopes the upcoming 3 series can improve upon the sporty essence that made past editions so desirable.
Click for Link
Back to news list