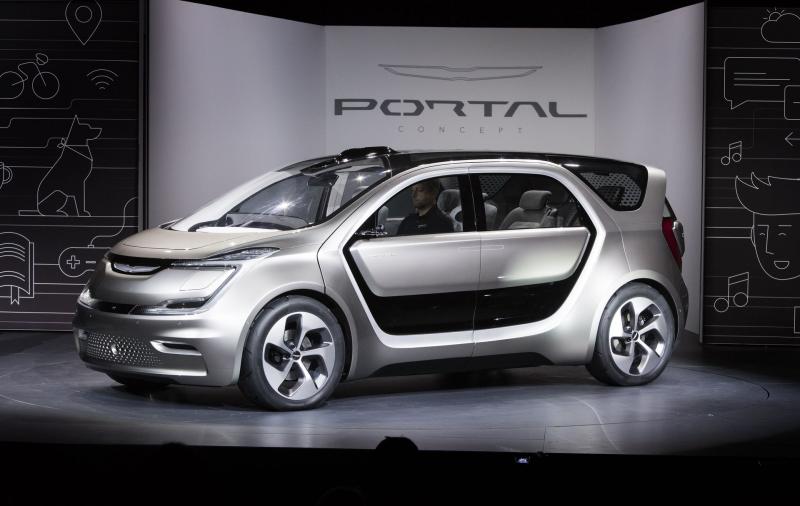 In concept form, the Portal was blessed with a massive 100 kWh battery which, at the time, was said to be good for 250 miles of range. We would not be surprised to see it achieve even better that, depending on its eventual size, weight, and aerodynamic profile. Unfortunately, we also would not be surprised if the eventual pack was downsized a bit in an effort to make the car more affordable, though our fingers are crossed in hopes it might at least maintain that 250-mile ability.

Speaking of changes between the concept and the eventual production version, it seems unlikely the autonomous feature would be ready for full implementation at the time of the Portal’s 2020 rollout, so don’t expect to see a retractable steering wheel. Tilting and telescopic, probably. Completely retractable? Not yet, at least.

One feature we do hope makes the transition is charging speed. When it debuted in Las Vegas, the Portal boasted a 350-kW DC fast charging ability. By the time it reaches customers, the charging network currently being built by Electrify America should have a number of locations offering this level of charging power, making road trips even more painless than the current Tesla Supercharger network does for its vehicles.

Though it invented the mini-van back in the 1980’s, other automakers have taken away a good chunk of its market and mindshare over the years. The Portal, if successfully implemented, could catapult the company back to a clear technological leadership position. Indeed, FCA has already made an impressive showing with its Chrysler Pacifica Hybrid, so we know it’s capable of quality electric vehicle engineering.

While we wait to see what the production version might look like, check out our gallery below and tell us what features you think it needs to be a winner in its space.
Click for More Info!
Back to news list